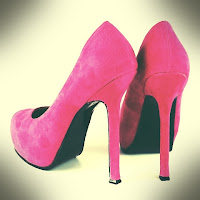 When was the last time that you did something spontaneous? I mean REALLY spontaneous. Not the variety that involves choosing a different shampoo from the one you’ve been loyal to for the last year. I mean the – oh my god I can’t believe I just did that but it felt SO good type of spontaneous. I mean the cartwheeling, backflipping, jumping jacking, pirouetting, scissor kicking kind?

I wonder what your answer is.

But it gets worse. In reality my ‘memory loss’ is covering up my shame. Shame for having lived much of my life ‘flatly’. Shame for having actively avoided spontaneity in lieu of staying safe, keeping control, walking only on very solid ground instead of ever grabbing the bar of a trapeze.

I have angled myself into daring shapes over the last decade trying to manoeuvre change. I’ve jostled my way to the front row at concerts. I’ve jumped into dark chilly lakes. I learnt to ski (badly) in my thirties. I started writing this blog and baring some of my soul.

But old habits die hard not fast, and shame, as I’ve written about before, is pervasive and contaminating. It sticks like tar. It stinks. Even if you work overtime attempting to scrub it off, it can remain powerful, preventing change by a casting a spell of acute self consciousness.

It’s tough to lose a label and push yourself to become more dimensional.

I was without doubt a ‘sensible’ child. I was introverted and hushed. Like the icing on the cake of the stereotype, I wore thick lensed glasses and liked to bury my nose in a book. These were all essential aspects of me, but as I grew, I craved expansion. ‘Sensible’ is not an easy image to abandon. People begin to define you by your ‘image’ and then you somehow begin to live out their expectations.

As a teenager there was another ‘me’ living somewhere on an alternate earth. She was less uptight. She talked with her hands, laughed with her head in the air and danced with boys.  She was comfortably confident. But she was also a bit mean. She taunted me when I bought funky pink stilettos from Camden Market. She told me, “You’re not the kind of girl who wears those kind of shoes.” And people around me confirmed that with the mocking arch in their eyebrows. And I felt embarrassed. So I put the shoes away. But every time I opened my cupboard there they were. Pointing their toes at me. Accusing me of caving in. Branding me as inhibited.

Last week my best friend K.E.L. called me to tell me she was going to a fundraiser at her children’s school. The theme was the 80s.

“What are you wearing?!” I asked her.
“I’m not dressing up. I don’t have anything to wear,” she replied. Flatly.

Five hours later her husband sent me a picture from his phone. It was K.E.L. – her hair in an awesome side ponytail, rocking a black blazer with shoulder pads any NFL player would covet. She was on the stage with the band, hands waving in the in the air, shaking it like a polaroid picture.

“She did it!” I thought. She somersaulted through the flatness. She grabbed the trapeze bar. She wore the pink stilettos.

So I’m thanking K.E.L. for the inspiring reminder. We all need a nudge every once in a while.

I bet those shoes still fit me.

It’s my turn next.

Write about spontaneity. When were you last spontaneous? What does spontaneous look like to you? It comes in an array of colours – not just pink! Do you want more or less of it in your life? Practice spontaneity and write about how it feels!

Singing in the Street

It was a rare occasion to be collected from school by my father. My sister…

Balance. It’s a word bandied around quite a bit these days. “Find a balance.”  “Inner…